The International Olympic Committee (IOC) was founded by Pierre de Coubertin on 23 June 1894, two years before the first modern Games in Athens in 1896. To escape World War I, the IOC headquarters moved from Paris to Lausanne in 1915.
All buildings used over more than a century by the IOC in Lausanne can still be seen on a walk through the city. Let's explore the architectural history of the IOC headquarters in Lausanne, named the Olympic Capital ("Capitale Olympique") in 1994 !
Casino de Montbenon
Casino de Montbenon in Lausanne was built between 1908 and 1909 by private investors to plans by Henry Meyer. With its rotunda and two towers, its design reminds the Palais du Trocadero in Paris. Despite its name, the Casino has never been used as a gambling house. After its inauguration on September 15 1909, the Lausanne Symphony orchestra started to give two daily concerts here ! After going bankrupt in 1910, the city of Lausanne buys the building and in 1915, Baron Pierre de Coubertin sets up here the first headquarters of the International Olympic Committee in Lausanne (before moving to the Villa Mon-Repos in 1922). 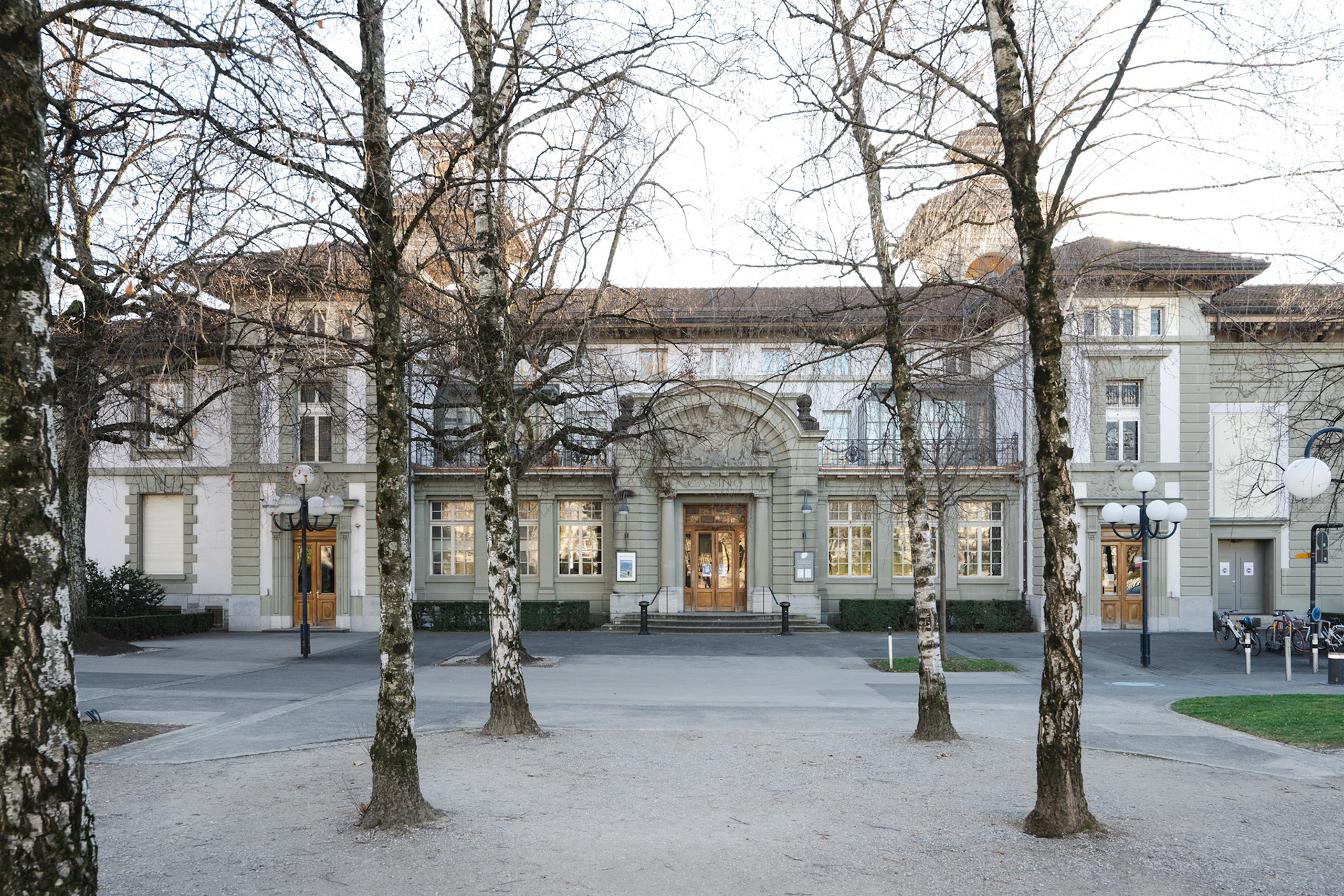 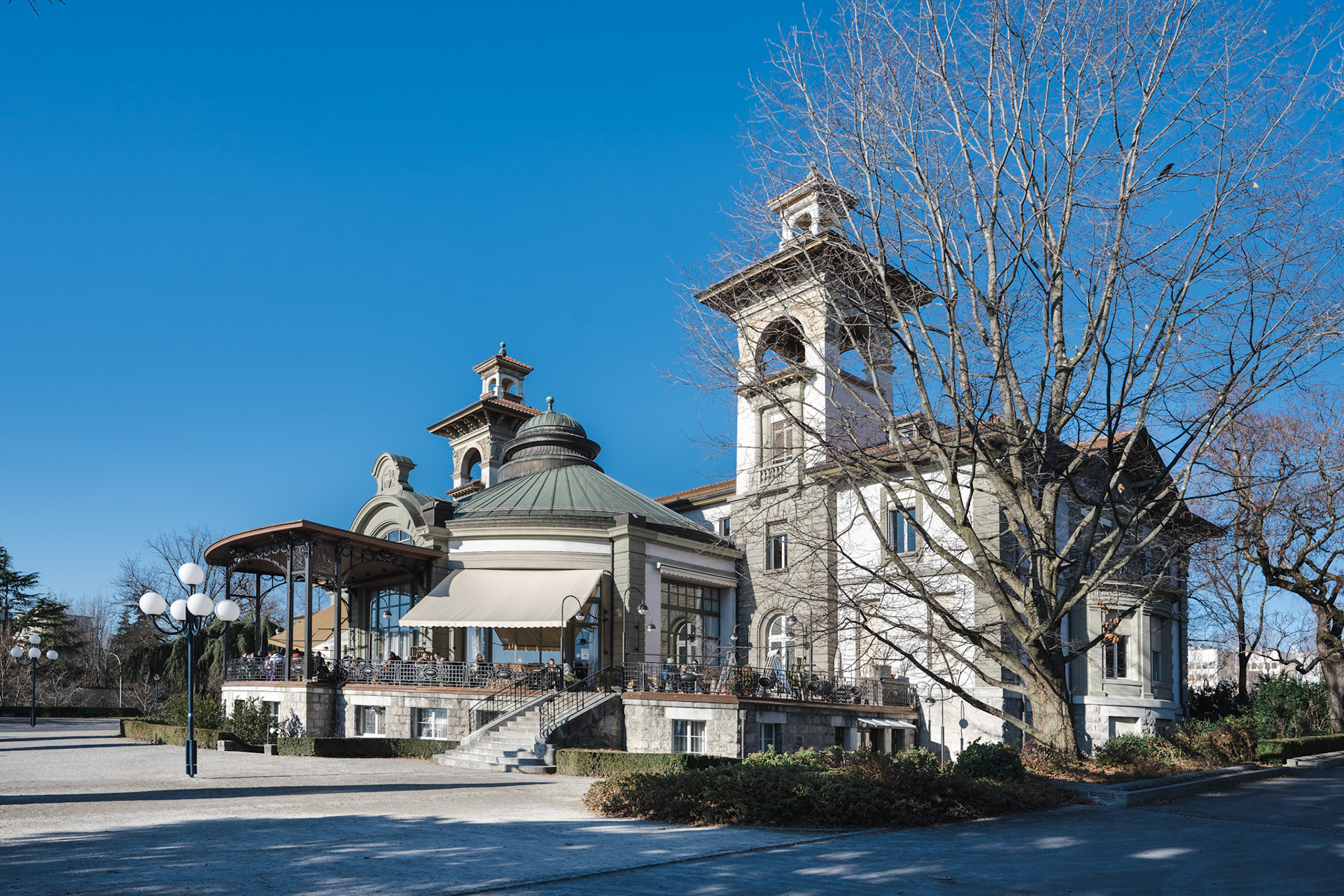 The Casino continues to see sometimes difficult times and its demolition is planned more than once during the 1950 and 1960. Since the 1980s it is used by the Cinémathèque Suisse and since 2014, after extensive renovations, its rotunda is home to the Brasserie de Montbenon.
Villa Mon Repos
The villa in the Mon-Repos park in Lausanne was built for Abraham Secrétan in 1747. Voltaire performed here in 1757 and 1758. After it was purchased by Vincent Perdonnet in 1817, many renovations were carried out until 1827 to plans by Louis Damesme and Achille Leclère from Paris.
Villa Mon Repos was purchased by the city of Lausanne in 1910. The headquarters of the International Olympic Committee moved here from its previous location at Casino de Montbenon in 1922 and stayed here until 1967. 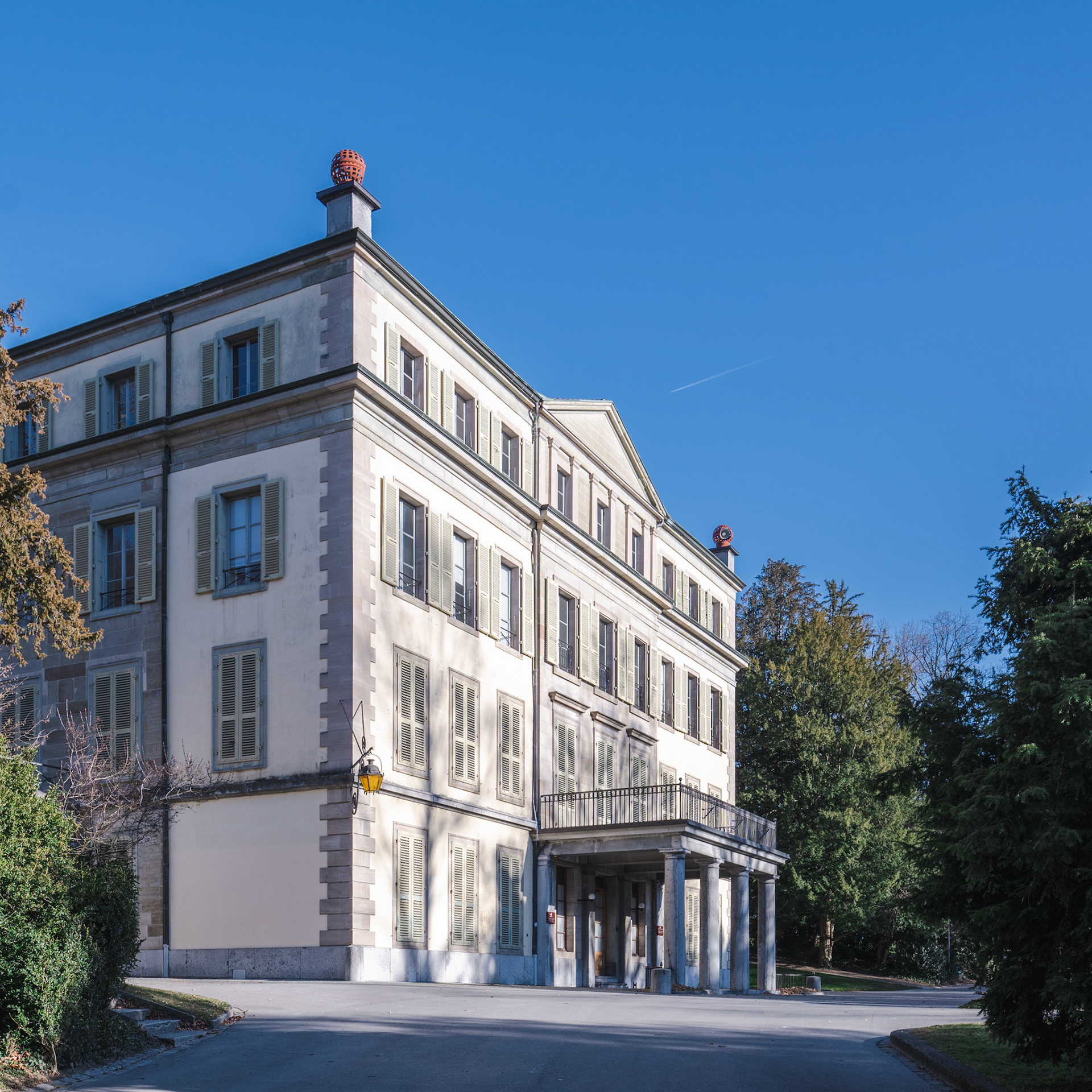 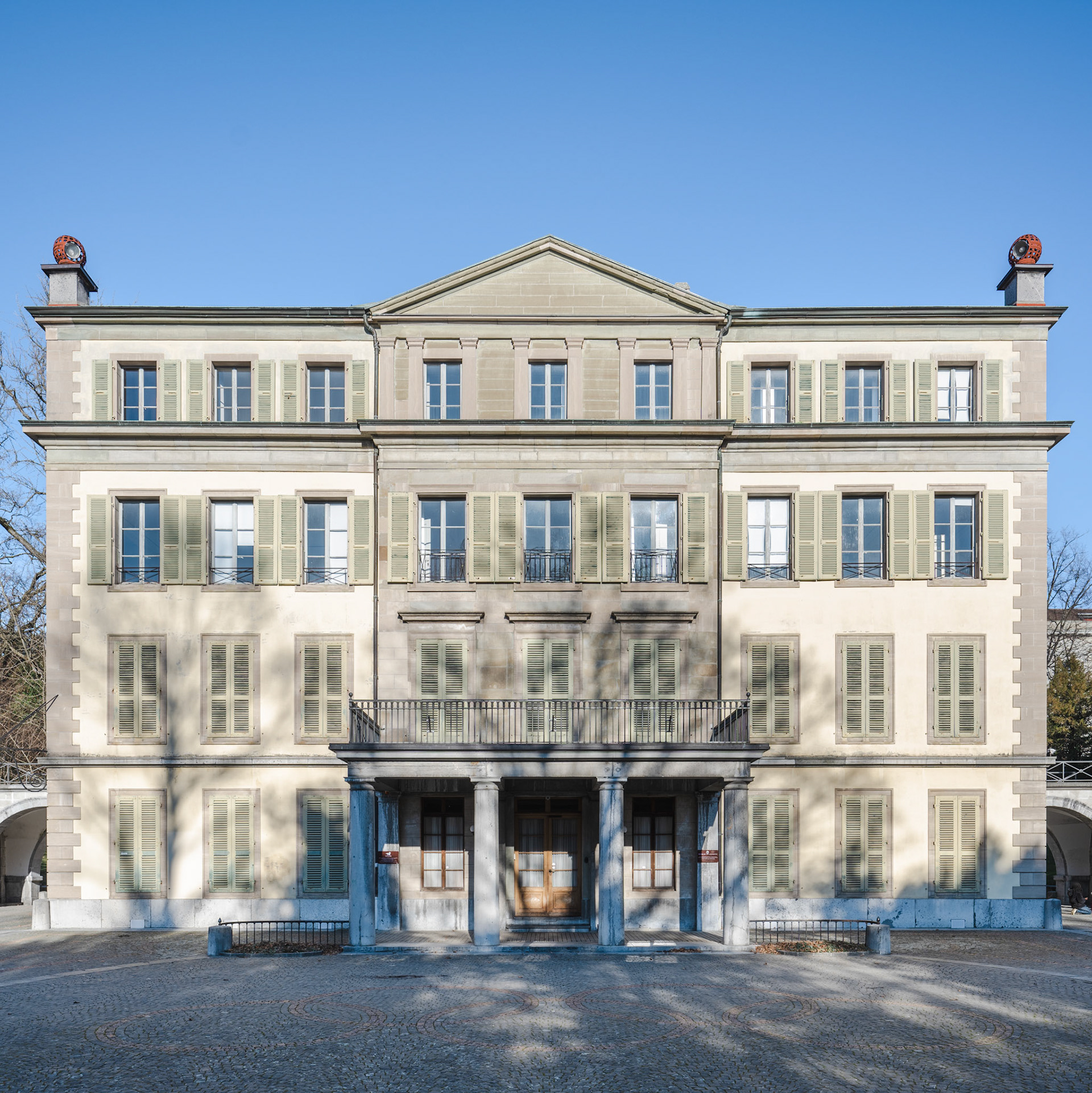 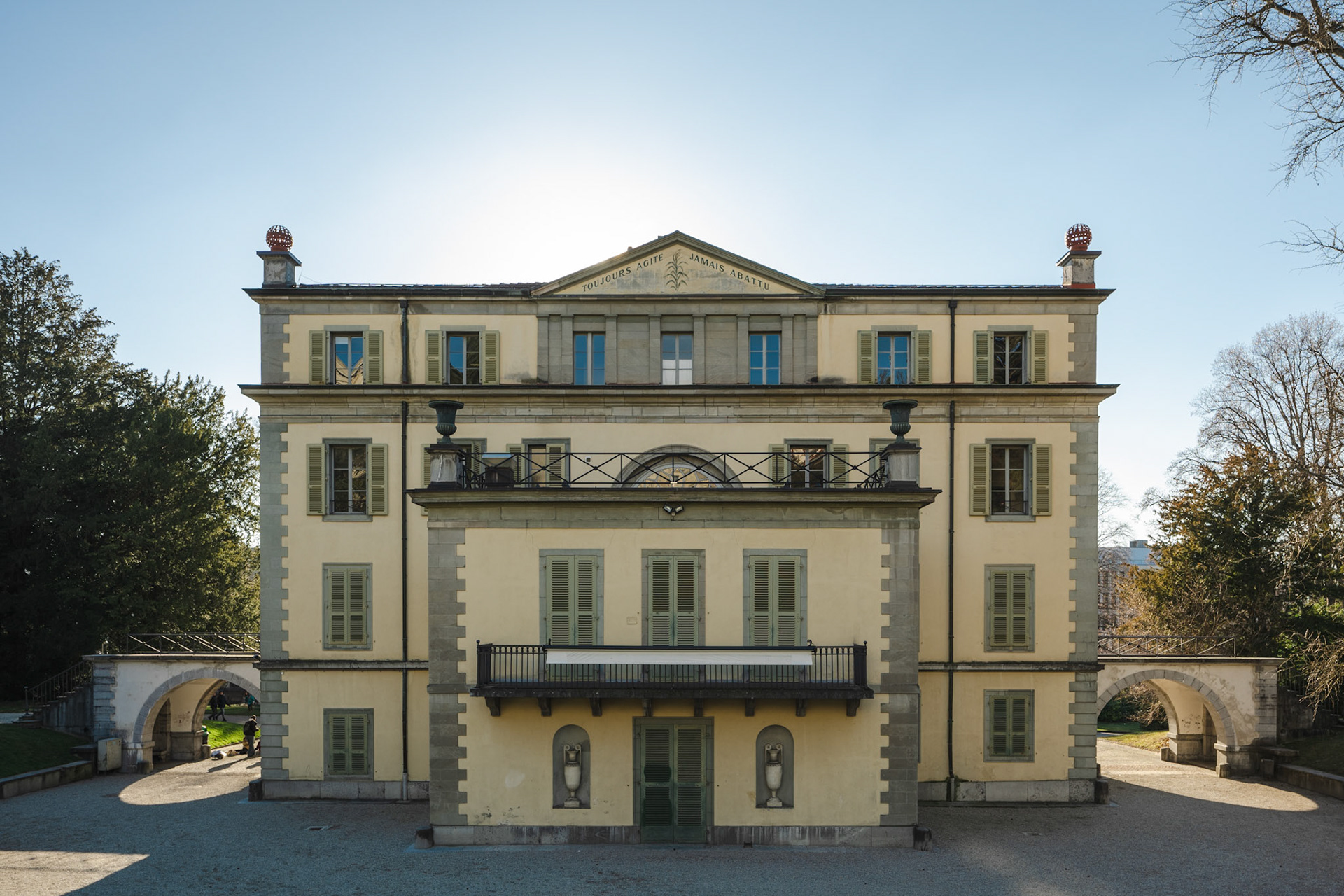 Château de Vidy
The history of the Château de Vidy goes back to the 15th century when it was actually a church ! After many changes of ownership, the castle was bought by Jean-Louis Loys in 1760 and was redesigned between 1772 and 1774 to give it its current facade. Both Napoleon Bonaparte and Voltaire were once visitors here.
The property was bought by the city of Lausanne in 1960 and during the Swiss National Exhibition in 1964, the Château was used for the management team and for receptions. Since 1968, after Villa Mon-Repos became too small for the growing number of employees of the International Olympic Committee, it is used by the CIO 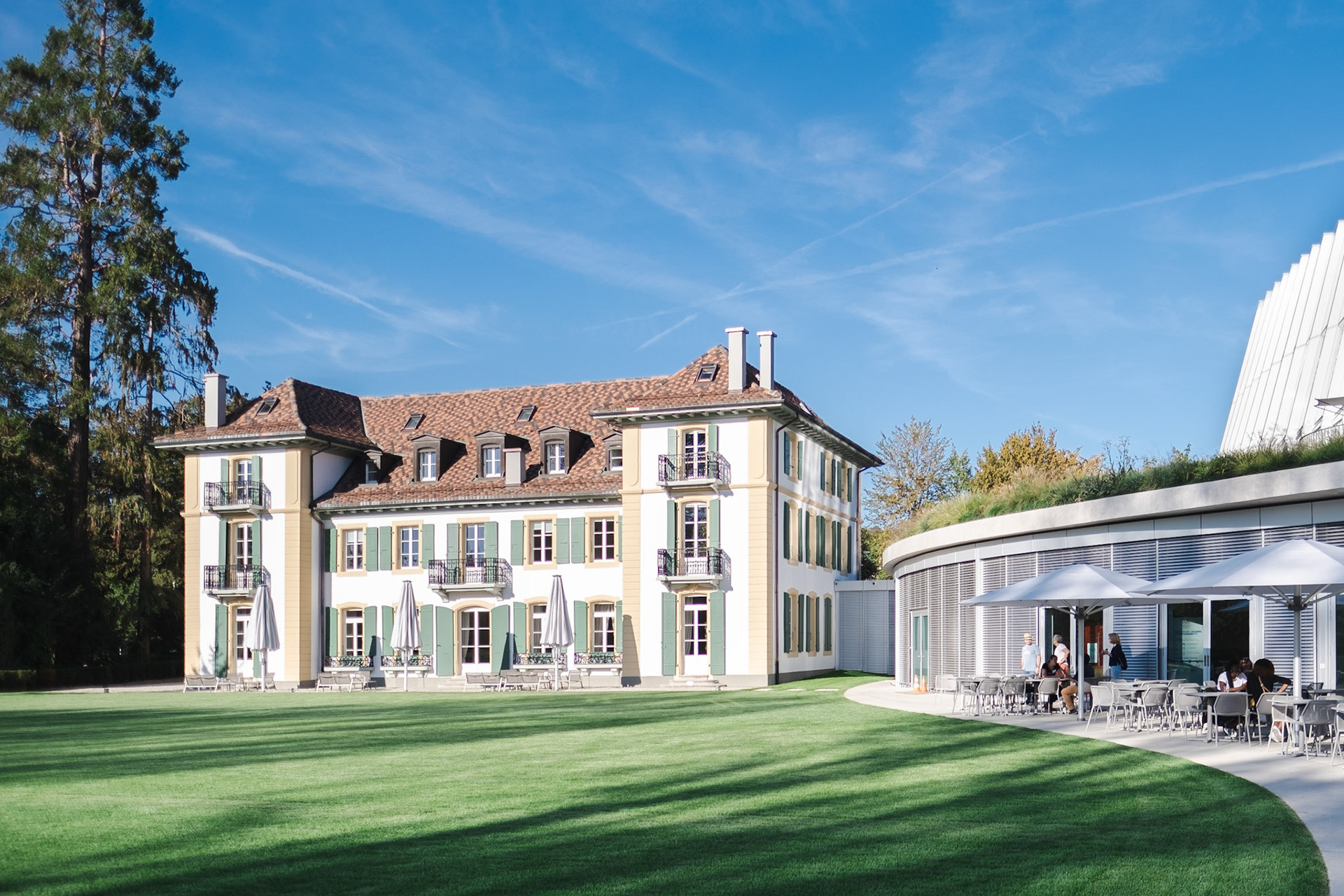 Olympic House
La Maison Olympique ("The Olympic House"), the new CIO headquarter in Lausanne Vidy, was designed by 3XN Architects, in partnership with Swiss architects IttenBrechbühl. It is located right next to Château de Vidy. The new building was inaugurated on June 23 2019, marking the 125th anniversary of the creation of the IOC in 1894. Shortly after its inauguration, a public visit was organised on Sep 13 and 14 2019.
The building received several certifications and awards for its renewable construction and energy usage. In particular over 1000 square meters of photovoltaic panels are installed on its roof. 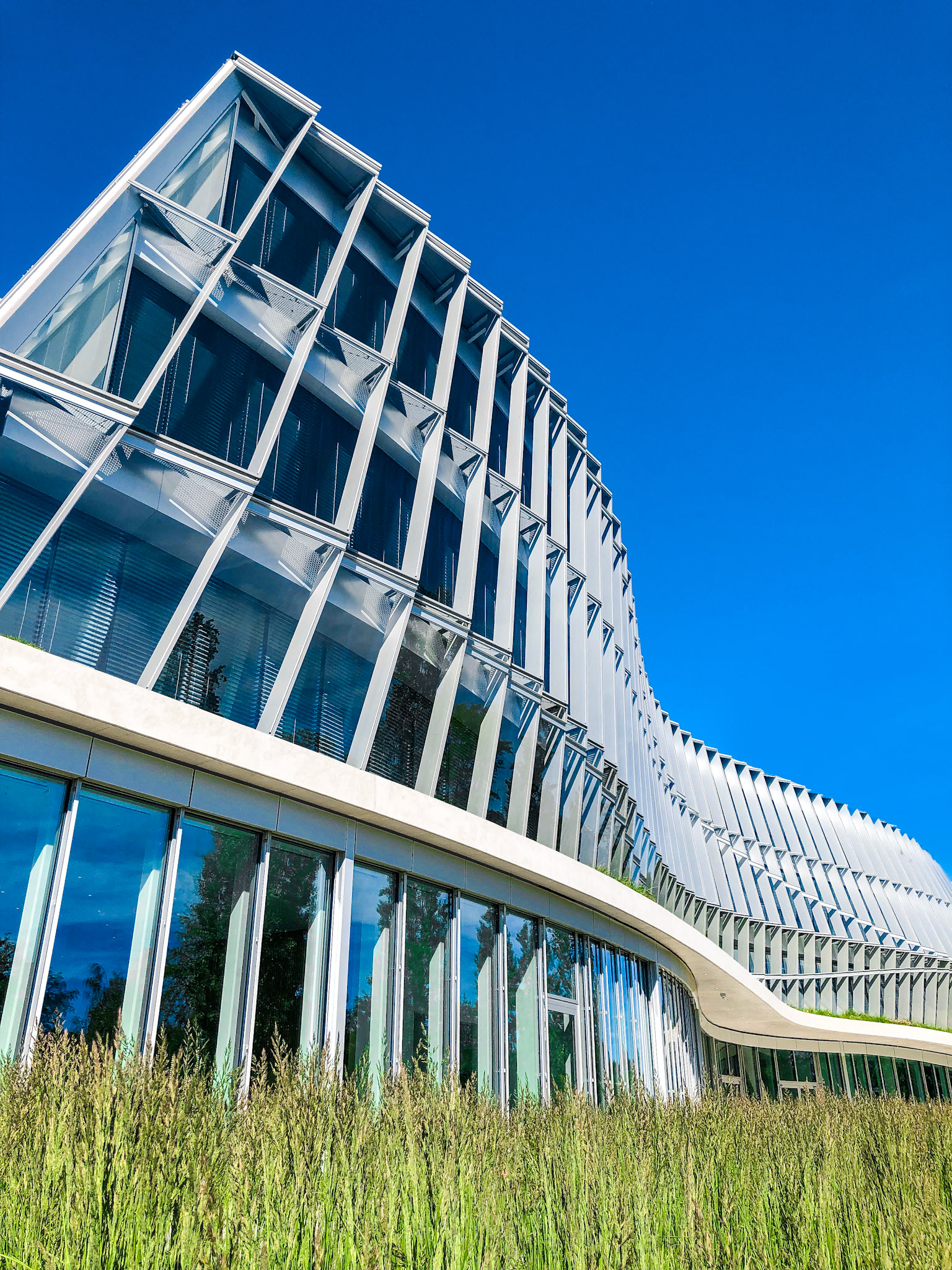 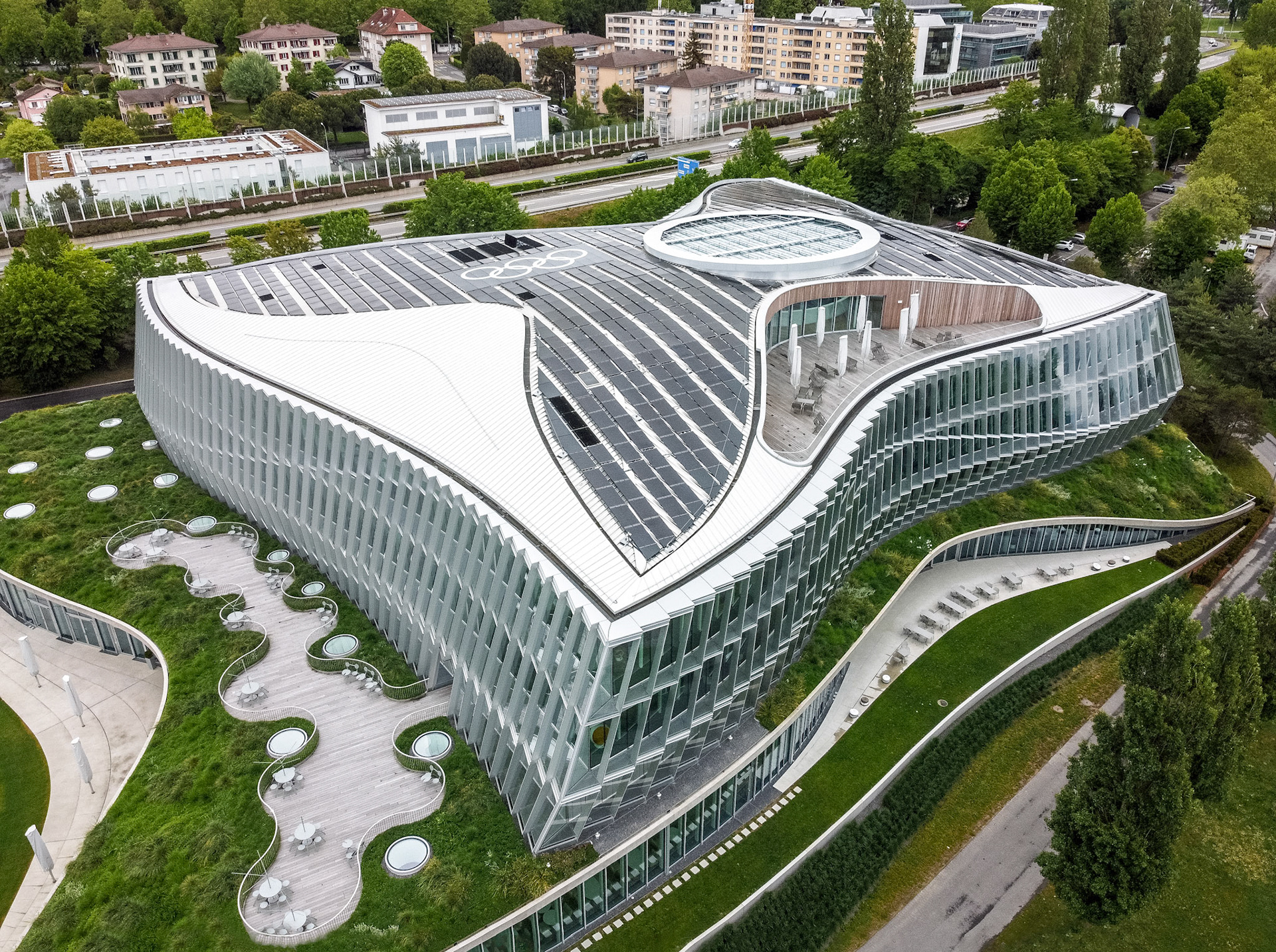 The central wooden Unity Staircase connects the different levels of the building using 5 rings in reference to the iconic Olympic Rings. 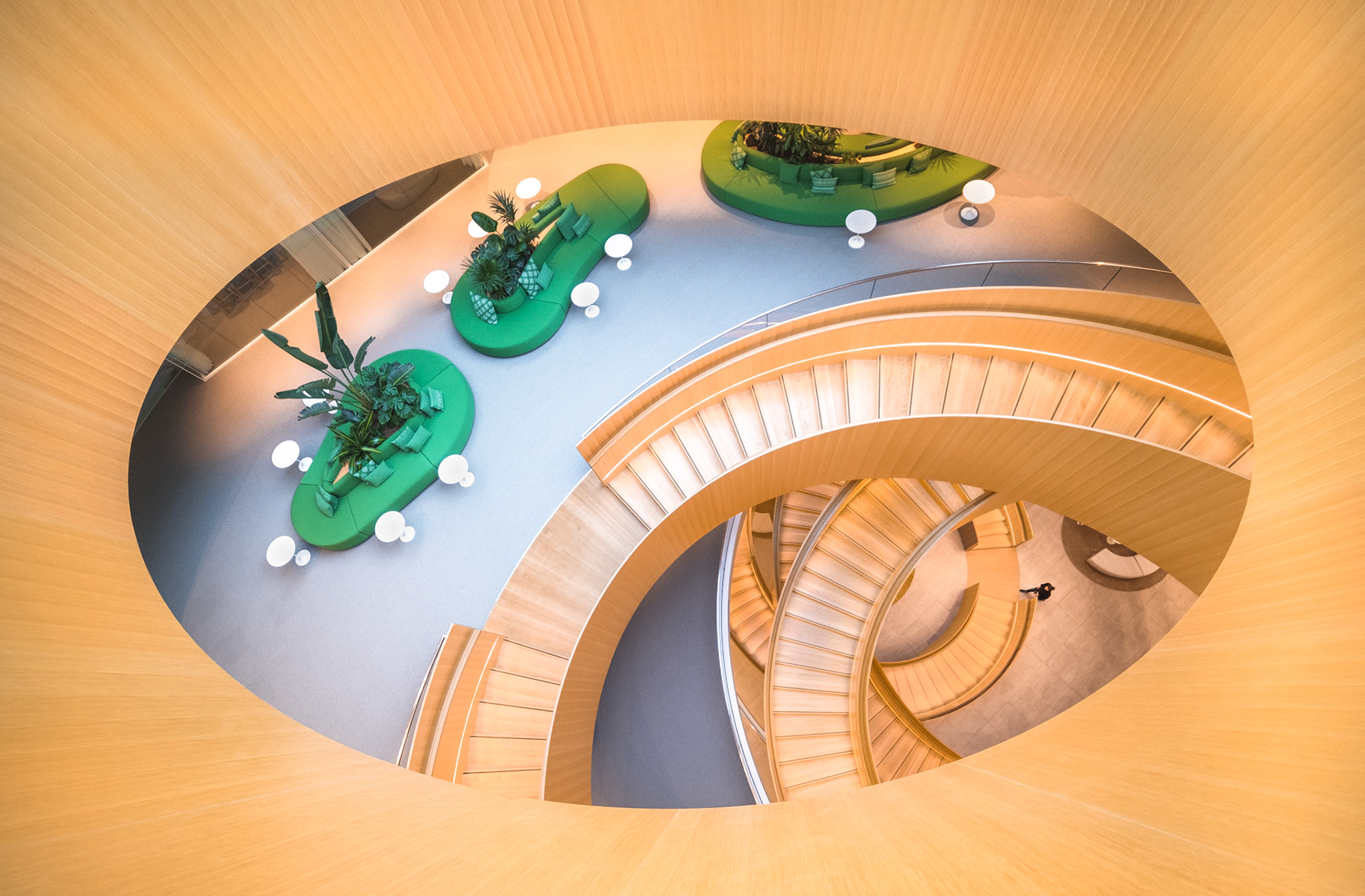 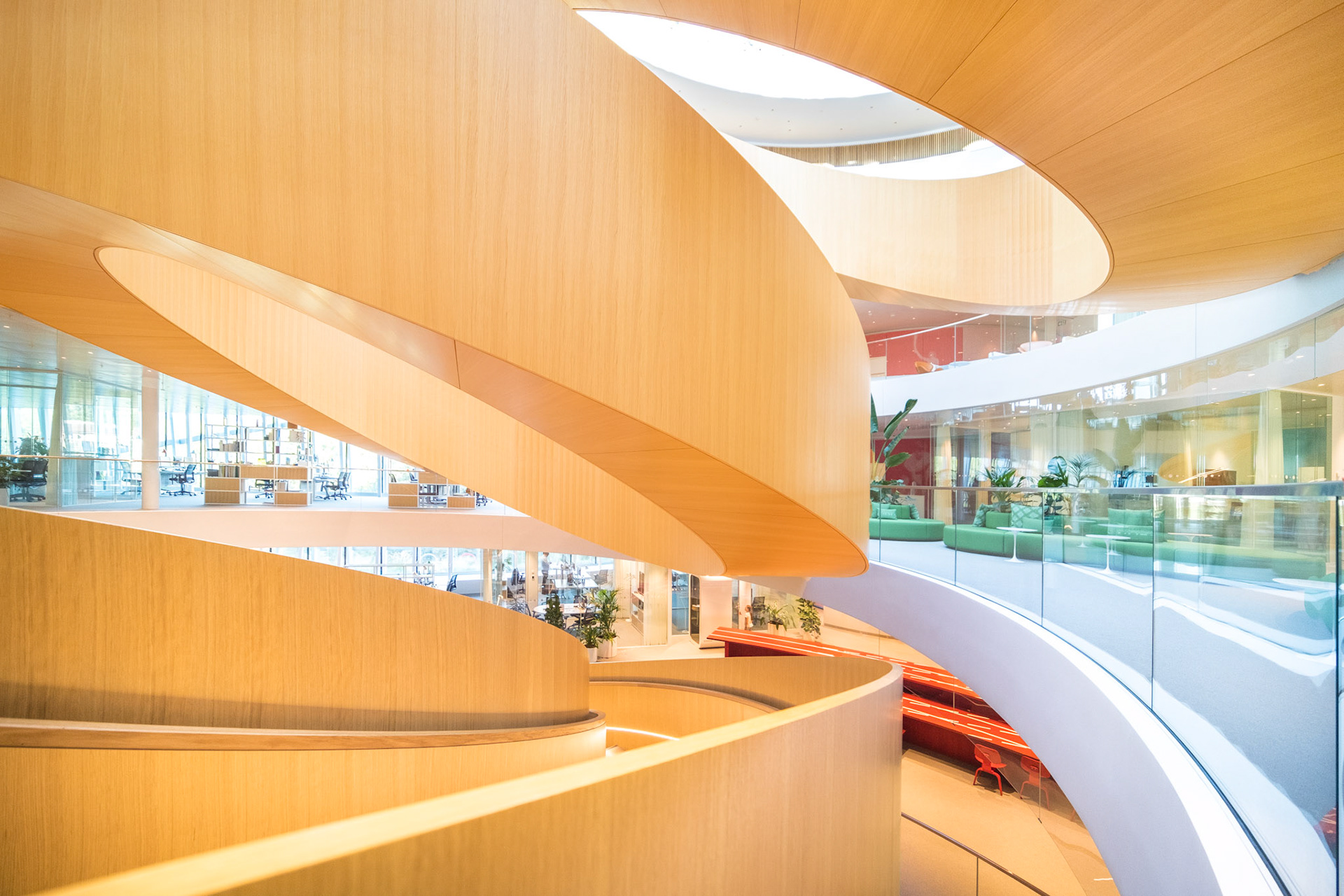 An autumn week in and around Jenaz
October 2021

Surselva: on the path of Olgiati and Zumthor
April 2021

A journey to the origins of Switzerland
April 2022

Berlin: a weekend of architecture and history
September 2022
↑Back to Top